wwvb time
It's time to write a new WWVB decoder from scratch. This one relies on regular sampling of the amplitude output of a low-cost WWVB receiver. Since these receivers already introduce up to 100ms of phase shift, trying to "home in on" the exact start of second isn't too useful, but sampling at 20ms is quite enough to tell the 0/1/Mark symbols apart. 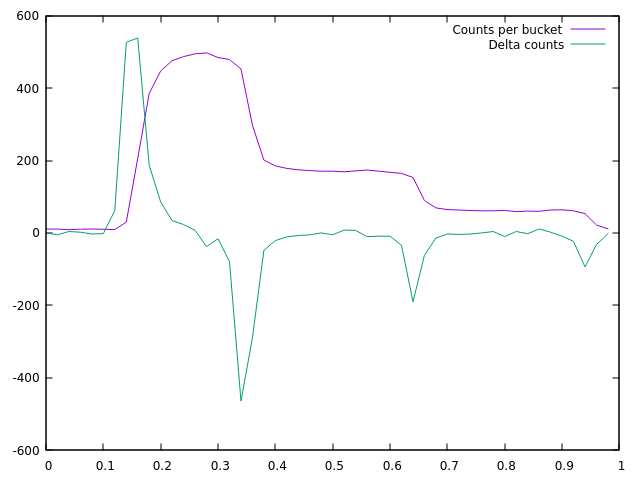