It pleases Us to announce that the following experimental research programmes will each receive £10,000,000 guaranteed and inflation adjusted anually for three years:

Single-pixel cameras have been an area of research for two decades, and it has been understood for even longer how to use a reverse-biased LED to measure ambient light levels. Combining the two technologies with SCORPION STARE could potentially allow 'STARE devices to be miniaturized into millimeter-scale passive devices.

Technology like Deep Convolutional Networks, AGAINs, and the like have made it possible to create plausible images from archetypes. Deep Stare, if its promise can be realized, will allow remote / non-line-of-sight deployment of STARE technology against enemies of the state. All that is required is an accurate image generating model, coupled with petascale iteration, to neutralize a threat based on a description. Imagine that you can simply input "a 25-year old caucasian male insurgent stands in front of a High street shop, waiting for the right moment to unleash the demonic threads even now coiling in his belly", and before he can act, he is turned into radioactive slag.

It will happen to one woman out of four in her lifetime: that hoped-for pregnancy converted to tragedy when her gynecologist explains that the embryo is (the wrong kind of) nonhuman. Stereo acoustic imaging promises to allow easy, outpatient treatment for our most precious resource, fertile females.

We also wish to announce funding of the following programmes to create civilian applications for SCORPION STARE technology. Each programme will receive £100,000 in the first year, with possible increase to £500,000 per year based on progress. In exchange, the Crown is awarded 27% of eventual revenues, in purpetuity.

His Majesty would like to congratulate all surviving entrants for their inventive grant proposals.

As R* is infinite (actually, ‎א‎1) and all other values are nonzero, it follows that the number of soul-devouring elder gods is infinite. The Drake-Howard Equation is also sometimes called Rule 110.

To whom it may concern:

Please stop stuffing the ideas box with proposed solutions to anthropogenic climate change. As you know, the worst case consequences of ACC are predicted to be:

The ideas box is for discussion of SERIOUS threats to humanity, such as

Thank you for your attention in this matter.

Files sealed under codeword TESTAMENT COBALT reveal an unusual cooperative mission between the Laundry and civilian law enforcement, beginning as early as 2009.

To quote the former Senior Auditor, it's "fractal contingency plans all the way down". TESTAMENT COBALT was another such contingency plan, one of many directed at establishing permanent human presence on parallel planets Earth. As a secondary goal, it would create a cadre of grateful youth and young adults who were bound to the Laundry by minor Geases without being on-the-books Laundry staff.

In the late 1990s, when relations between the OPA and the Laundry were on relatively good footing, the Laundry received a list of what we now know were second-tier sites from ABJAD SURVEY: Generally, parallel earths which were capable of supporting unprotected plant and animal life, but due to variations in fundamental constants could not support silicon-based computer techonlogy. Even then, the OPA was so dependent on digital technology that they deemed such worlds useless for their own needs.

The next lucky break (pun intended) occurred during the human exploration phase of the EDEN (Escaping DEmons Nextdoor) project when an unlucky team member suffered a compound fracture due to a fall. The team medic quickly discovered that the particular fundamental constants in this universe left all opioid painkillers totally ineffective. Subsequent to the team's emergency return, debriefing revealed that a third team member who had successfully concealed her prescription painkiller addiction up to that point had felt her addictive cravings disappear upon arrival on the the parallel now designated TESTAMENT COBALT 2007a. After a specific testing protocol was instituted, further TESTAMENT COBALT parallels were identified (TC2007b-f, TC2008g-w and TC2009x-ai)

From these pieces, an enterprising member of the Laundry formed their plan for an unusual diversion/drug addiction reabilitation program. In conjunction with a few friendly law enforcement officers in Avon and Somerset, the program got off the ground in small numbers at first, but at its peak there were apparently hundreds of participants per site on at least 8 TESTAMENT COBALT sites.

For participants, the benefits were clear: no criminal record, and a complete recovery from chemical addiction after just a few weeks in a rural area without social media or internet. In return, participants agreed to not disclose the details of the TESTAMENT COBALT sites and enrolled in what was termed a voluntary national service program—until age 35, they could be called up in time of emergency to serve the country. Both clauses were enforced by minor geas upon acceptance of the contract.

This clause was activated by Senior Auditor Dr. Armstrong in 2014 during the events of The Delirium Brief. Within moments, some 28,000 program participants disappeared from this Earth, returned to their TESTAMENT COBALT parallel worlds. Then, using the thaumic energy of approximately 33% of those worlds' native plant, animal, and sea life, a hyperspatial isolation ("hyperstop") grid with a duration of up to a gigasecond was kicked off, sealing them away from the rest of the multiverse. It's up to them to survive and thrive while restricted to an agrarian level of technology.

We can only hope that when the first of these grids collapses in 2050, TESTAMENT COBALT subjects and their descendants will rejoin a local multiverse that is once again habitable by the sort of life that once lived here on Earth.

"We fight on so that something that remembers being human might survive" — S.A. Armstrong 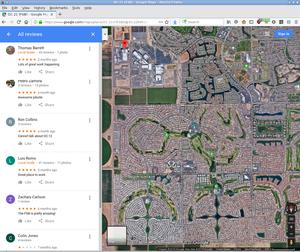