Second evening with the Zenbot

cnc emc2 zenbot
This is a continuation of my earlier notes.

The second night, Chris dropped by and lent his expertise in my quest to get the zenbot running well. In the end, I think we succeeded.

We began by trying various lubricants—silicone, wd-40, engine oil—in an effort to resolve the "honking" noise that fast moves caused. But it never seemed to make much difference. We wasted an hour or more at this pursuit.

Finally, for whatever reason, we decided to try different microstep rates. Switching from 1/8 to 1/2 stepping had a side-effect of radically reducing the noise, and getting rid of high speed stalls. Soon after, Chris had the machine tuned up to 72ipm rapids and no stalls. SCALE=8000, BASE_PERIOD=100000, doublestep. emc 2.2 Configuration Directory for Zenbot Mini CNC Router

That meant it was time to actually open up the Dremel 300. We then discovered that an allen wrench big enough to tighten the clamp screws couldn't be had. I finger-tightened them instead. We selected the tool from the Dremel kit (some kind of ball-end thing) and unneeded or unreadable CD-Rs as the material to be etched. The CD-Rs were simply mounted with a bit of cellophane tape, and were far from flat on the table--when the machine came down to cutting depth, you could see that it was pushing the CD-R down onto the table. The left side seemed systematically to cut shallower than the right, on both CDs that we used.

Here are some photos taken after we finished up for the evening: 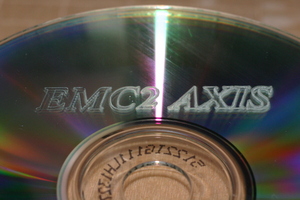 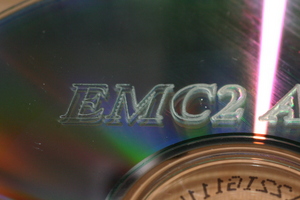 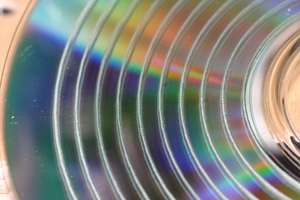 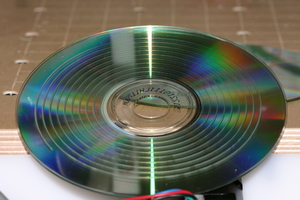 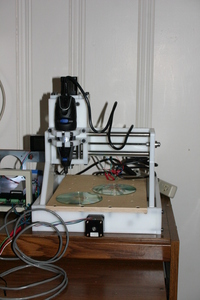 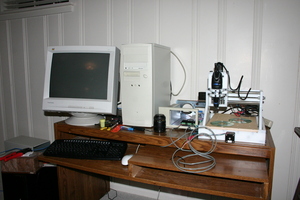 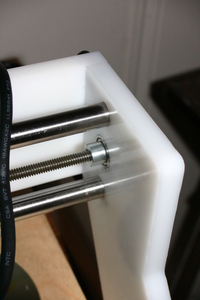 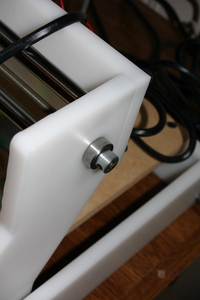 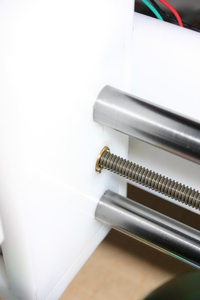 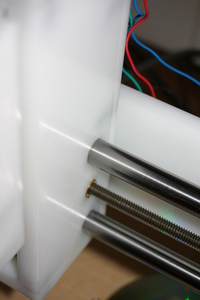 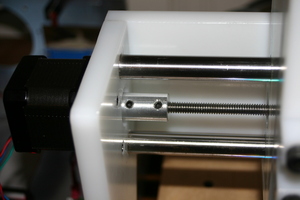 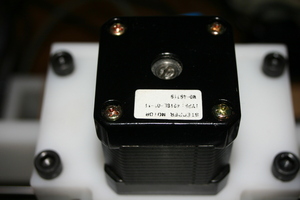