travel canada photos
As we pause in Quebec City, I thought I should take the time to upload a few photos. I've also added a new feature to my blog: medium-sized images. 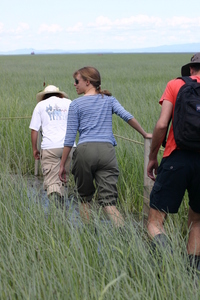 (M)(L)
Rubber boots were issued for this walk 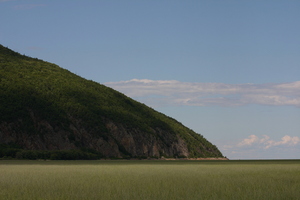 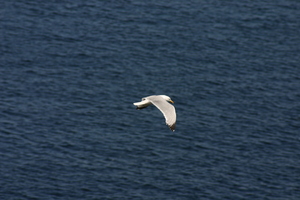 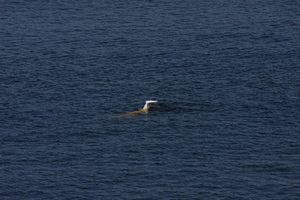 (M)(L)
The Whole Beluga
Since Helga gets terribly seasick, we elected to view the whales from shore instead of going out on the water. I managed to get some passable photos of the beluga whales, but nothing great. It needs more than a 480mm-equivalent lens, and you should remember to change the exposure down by -2/3 or -1 when you start instead of near the end of the day.

There were also Minke whales out on the water, but they tended to be further away and I didn't get any photos. 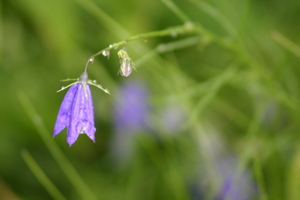 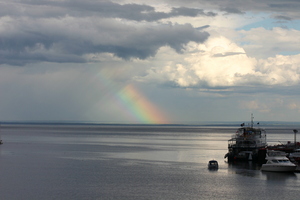 (M)(L)
Rainbow
After we watched the whales from Point Noir, we took a ferry across the Saugenay to Tadoussac. We had been told that we could also see the whales a bay 20km up the Tadoussac, but first a rainstorm hit while we were on the road and when we arrived at the entrance to that park at 4PM we were informed that it was an hour each way to the observation point, not the 20 minutes round-trip we were promised. so we went back to Tadoussac and took a short hike there, viewing the same bay from the opposite side. However, we didn't actually see any whales that time.